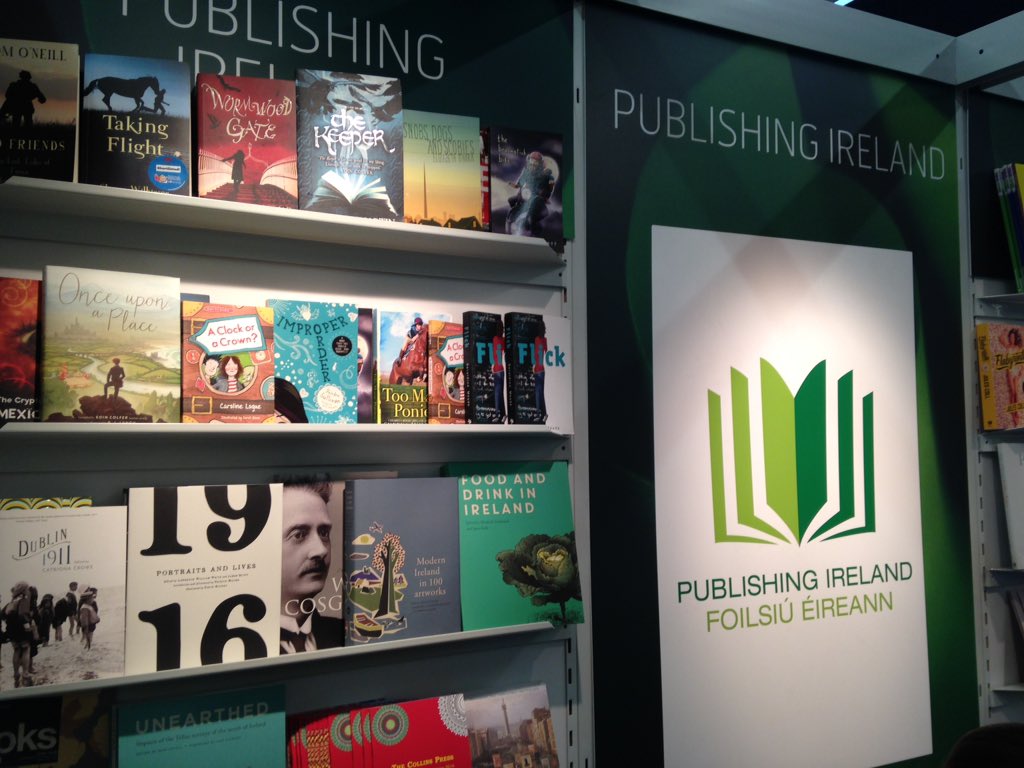 Last week’s Frankfurt Book Fair was a unanimously positive experience for Irish Publishers.  New titles received good feedback and a lot of optimistic interest. This year’s Fair took place from the 19th – 23rd of October. The Irish presence at the Fair this year was clearly noticed, with many Irish publishers stating that they had received more interest in their titles than in previous years. For Roads Publishing, Publishing Directors Maeve Convery and Stephanie Boner this year was much improved on last year as they have become more established. ‘This is actually year three of publishing’ for Stephanie who thinks they ‘are starting to get responses of a more established publishing house’. Ivan O’Brien from O’ Brien’s Press also reported a number of good responses to titles at this year’s Book Fair. ‘We had a couple of rights sales before the Fair, which broke the dam down for a couple of titles and we’re able to tell people ‘we’ve just sold this, you should buy it too.’ And the books that we came here really passionate about, other people have loved’.  The positive atmosphere and interest is encouraging for the Irish Publishing industry as a whole as well as for the individual publishers.

The overall atmosphere of the Fair was no doubt contributed by to familiarity with the fair, with larger numbers younger Irish publishers continuing to attend the Fair each year. Of course the positive atmosphere around the Ireland stand was aided by refreshments and the opportunity to get together with others from within the Irish Publishing industry. The sense of familiarity with the recent move to Hall 6 was also a contributing factor to the energy of the Fair, ‘It’s great to see a bit more energy around the halls – not always obvious because there aren’t a huge number of people walking around, but people do seem to be paying attention’, said O’Brien.  The Fair proved a success for Irish publishers looking to expand their reach, with O’Brien and others receiving interest from new territories. For other Irish publishers this year’s book fair was an opportunity to build on connections made previously, with Little Island using their time at the publishing Ireland stand as a way to network with their links from Bologna Children’s Book Fair, as well as making new contacts.

This year’s Fair seems to have been a success in terms of the networking opportunities that Irish publishers availed of but also thanks to the confidence in the continued success of Irish publishing at the Frankfurt Book Fair.  ‘People you have met before are very easy to meet. So every year you tend have more meetings and gradually build it up. I definitely feel actually next year it’s going be a lot easier for us because we have spoken to a lot of publishers this year’, Maeve Convery.  The anticipation of the future success of Irish Publishing seems to have been the most positive thing taken from the Fair.

Penguin Random House has announced that Eoin McHugh, who has been publisher of Transworld Ireland since the imprint’s creation ten years (more…)

Publishing Ireland are delighted to announce a brand new series of courses based on Diversity and Inclusion. The Series, run (more…)

Following the Publishing Ireland AGM in late July, the newly formed board of directors will now be led by Ruth (more…)

Running from 27 October to 3 November, it’s targeted at the general public, with the aim of getting them into Irish bookshops (more…)